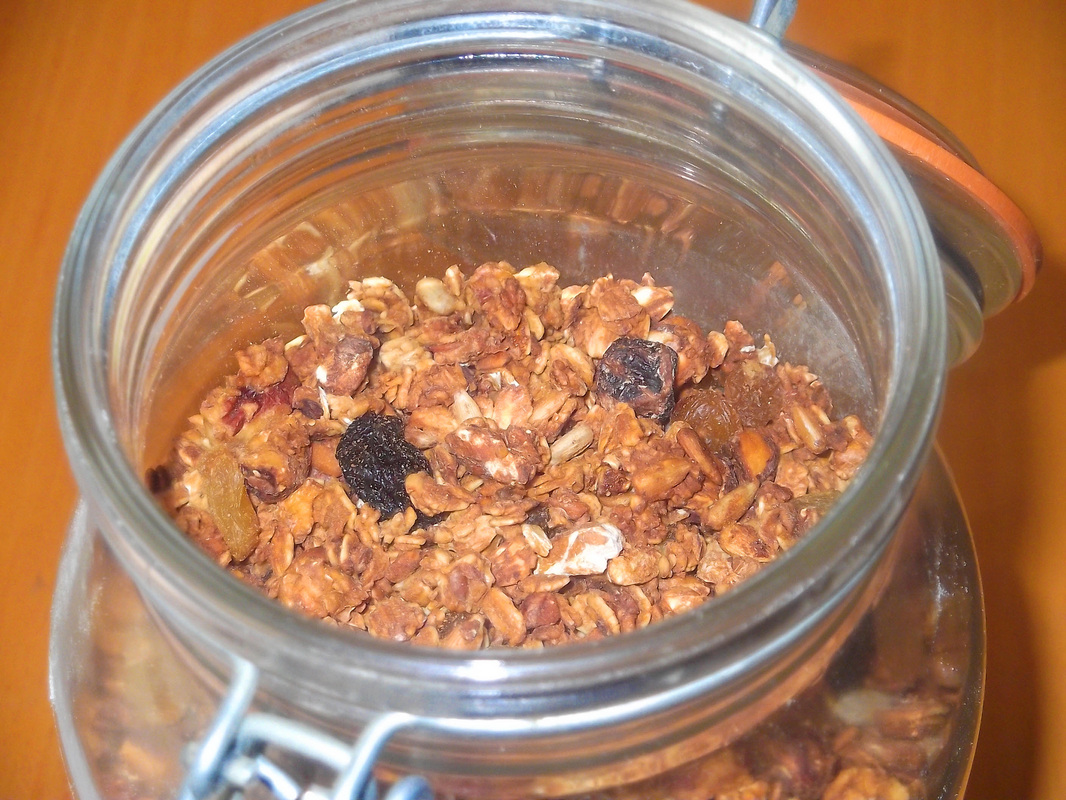 I used to make my granola at a much lower temperature (150C), until I started to wonder why I was slow cooking something that I wanted to be crisp. Then I upped the temperature to 170C for a while. Then I tried 180C and now think that this is probably the ideal temperature to achieve the golden crunchiness I'm after.

Because I had them in the cupboard, I used flaked almonds, pecans and walnuts (both broken up), linseeds, pumpkin and sunflower seeds, raisins and cranberries for my last batch, but it's pretty much up to you what you use.

This isn't any cheaper than a supermarket granola, in fact it probably works out a quid or so per kilo dearer; but you're unlikely to get the same, or as much, dried fruit in the stuff you can buy. And, of course, you can tailor it to the nuts, seeds and dried fruit of your choice. And it'll taste better.

Mix the oats, nuts, seeds and cinnamon together in a large bowl. Warm the apple juice, sugar, maple syrup, honey, vanilla and oil in a small pan and then pour over the oats and mix thoroughly. Spread the mixture into two roasting trays and place both in a 180C/160C fan oven for approximately 40 minutes. Stir and turn the mixture every 5-10 minutes, swapping the trays' positions each time. Keep a close eye on the granola after 30 minutes - you want it golden not burnt. Remove from the oven and allow to cool, stirring occasionally. When cool, mix in the dried fruits.