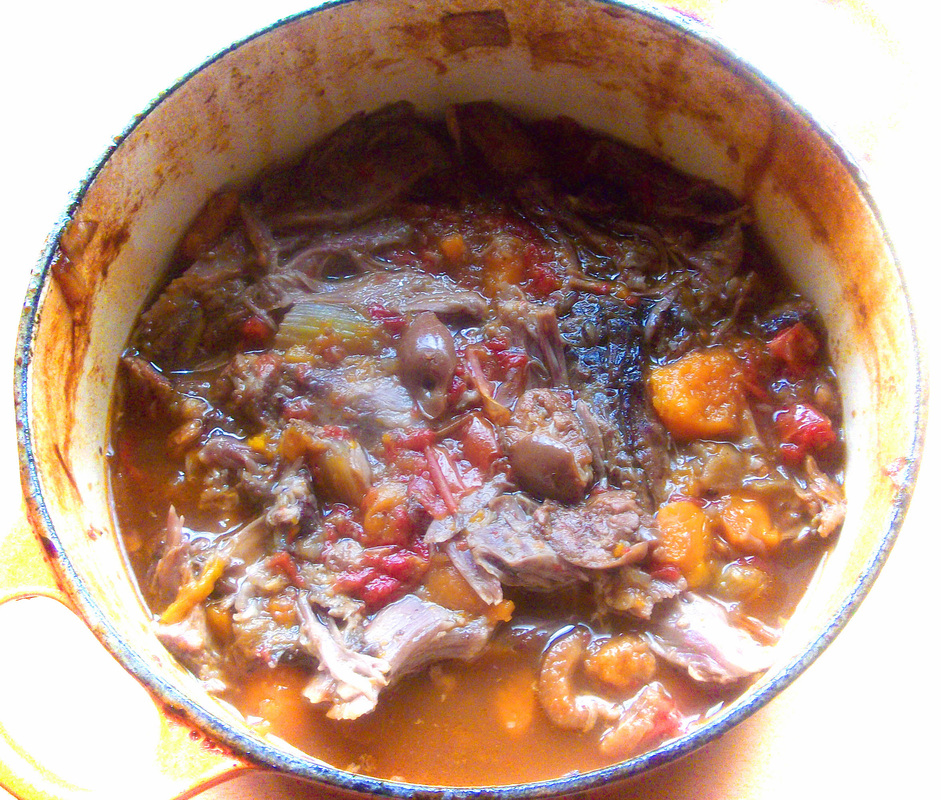 Ideally, you'll have a small-ish casserole into which the lamb will just fit. When I made this recently, with a piece just a smidge over a kilo, it fit snugly into an 18cm diameter dish I have. Anyhow, in whatever you've got, brown the lamb all over in the olive oil, then remove. Throw in the vegetables to brown. Remove them with a slotted spoon and throw in the wine. Let it bubble away to almost nothing, while you scrape the bottom of the casserole to loosen the crusty bits. Drop the rosemary sprig into the casserole and place the lamb on top. Mix together the vegetables, tomatoes and olives and then pack in around the meat. Pour in stock until the lamb is just covered. Season with black pepper (I'd leave the salt until the end). Bring to a simmer and then place in a 160C/140C fan oven for about three hours, until the sauce has reduced somewhat and the meat falls off the bone.

Remove the casserole from the oven and take out the lamb. Drain the stock/sauce from the casserole into a jug and allow to cool. Once cooled, spoon off the fat that has risen to the top. Pour back over the vegetables. Pull the meat from the lamb bone and shred. Add this to the casserole and now taste and season with salt. Reheat gently and serve with chopped parsley scattered over.